Review of Under Armour Men’s Valsetz Side Zip Tactical Boots

This UA eye candy of a boot is by far the best-rated Under Armour tactical boot (in the last 6 updates – full year). It’s also up there at the TOP 3 of the Best Overall tac boots, along with Danner Acadia. 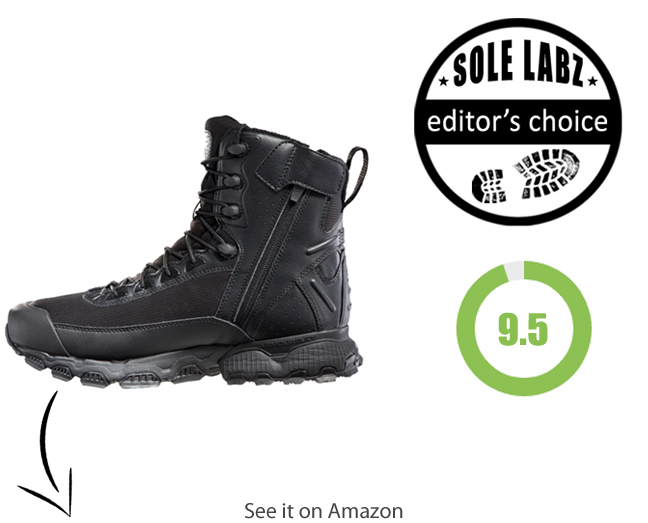 Our experts & featured testers for tactical boots are some of the best-known names in the tactical gear, preparedness and adventure arena, people like:

…and that’s just people who worked with us on testing Under Armour products.

We hope that you realize by now why the reviews we do here at SoleLabz are different.

There’s a clutter of information out there and you can get the opinions on a particular pair on a number of websites, but this is where experts come together to share their views and save your research time.


Moving on with the review…

In their advertising, Under Armour says that every UA product makes us better in some way. Since we at SoleLabz aren’t exactly known for taking the manufacturers upon their word, we’ll do what we always do – scrutinize the boot with due diligence and see how (and if) Valsetz tactical boots made us better.

Quick rundown of this review for Under Armour Valsetz tactical boots

Let me just show you the ropes real quick.

Here’s what we’ll be talking about in this review:

Let’s begin the review like any other; by introducing the essential information presented by the manufacturer.

Here’s what UA had to share about these service boots: 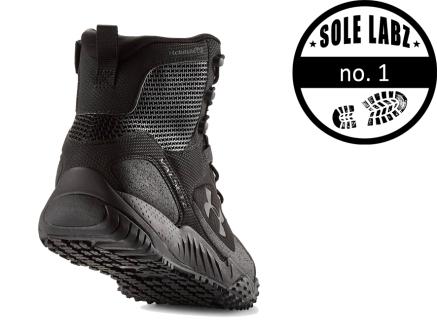 Now, that’s exactly the kind of read we’re used to seeing from Under Armour. Their specifications are always extensive and packed with their patented technologies that, let’s face it, sound cool.

But our reviews are not about the marketing sparkles, they are about what happens when that sole hits the ground.

So, let’s pick the brain of the people who field tested this tactical boot.

What users and our testers shared in the reviews of this UA tac boot:

What the users liked about the UA Valsetz and shared in their review:

Are there any downsides to these UA tactical boots?

If decades of reviewing hiking and tactical gear have taught us anything , it’s that there’s always something that might raise a couple of eyebrows…and not in a good way.

It was not an accident that Under Armour Valsetz with added side zip got to the number one place in our “Best Under Armour tactical boots” guide. It has a ton of things going for it, so let’s address some of them real quick.

As we saw, the customers are overwhelmingly satisfied with the performance of these combat boots. There were some CONs, but I really had to dig deep to find them. Yes, they’re not waterproof but water resistant, so potential water exposure is somewhat limited. The soles remind us of those of a sneaker. They’re quite soft but offer much more protection.

The biggest asset these army boots have up their sleeves is the hybrid combo Under Armour somehow managed to pull off. They have the maneuverability and speed of a tennis shoe, sturdiness of a work boots and protection and support of a tactical boot. It’s an unbelievable hybrid, but it works according to the customers and our featured testers.

They all report Valsetz is a very lightweight tactical boot, comfortable and breathable. Pair that with great traction and stability, ankle support and feet protection, and we’ve got a winner.

They’re primarily designed for hot weather up to desert climate, which made them perfect for all the troops stationed in Iraq or Afghanistan. Valsetz is also a tactical boot of choice for many police officers, firefighters, EMS workers, preppers, construction workers and many others.

They’re also pretty affordable for the quality they offer.

I could go on forever about these, but it’s time we button it up.

Under Armour Valsetz side zip tactical boot has an official SoleLabz seal of approval as one of the most innovative and versatile combat boot/running shoe/work boot out there – it’s final ratings and the overall rating is below. 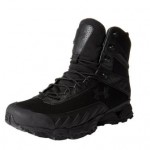